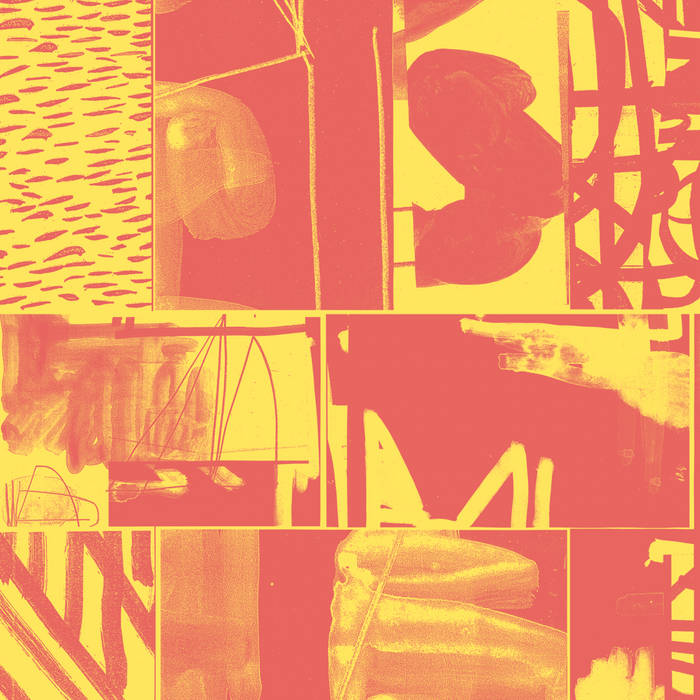 With their fourth full-length, the German trio Saroos imaginatively captures the unimaginable. For the densely layered "Tardis", they got together with the renowned producer Tadklimp to explore new possibilities. With its laid-back rhythms, thick modular sound design and lush harmonies, their fourth LP for the Notwist-run Alien Transistor label is an invitation to a voyage through time and relative dimension in space: "Tardis" conjures the friendly ghosts of vaguely remembered memories.

That Saroos still exist and even make music together seems improbable. Ten years ago, Florian Zimmer (of Iso68, Jersey and, recently, Driftmachine) left the band's native Munich for Berlin, shortly after Max Punktezahl (of The Notwist, Contriva) relocated to Hamburg while drummer Christoph Brandner (of Lali Puna, Console) stayed in the Bavarian capital. Scattered all over Germany, the trio however manages to lock itself in a studio from time to time and even go on extensive tours they tackle by taking the train. Saroos is founded on a consistent friendship between the three musicians which originally kicked off as an artistic collaboration in 1998, when both Zimmer and Brandner were part of Lali Puna. From there it has slowly evolved into what Saroos is now: An ever changing creative force, which has now been meticulously channelled into their strongest musical statement thus far.

Having already collaborated with Anticon's Alias and cLOUDDEAD's Odd Nosdam, "Tardis" sees the trio yet again opening up for a new outside perspective. After mixing Saroos's third LP "Return", Tadklimp, who has worked with Fenster and Slow Steve, stepped into the ring and accompanied the trio from the very beginning, contributing to the record's sound and adding his own ideas to their unique melange of otherworldly sounds. "Tad gave us the feeling that there are no limits", reflects Punktezahl on the collaboration which marked a crucial shift in how Saroos work. While they usually would base their composition process on sampling and the interplay of minute elements, they were now able to let their ideas diffuse boundlessly before transforming them in carefully thought out compositions which sit between pop sentiment and the atmospheric gravity of instrumental music.

While Zimmer's experiments with modular synthesizers in his side project Driftmachine also had a severe influence on the production of "Tardis", the members' respective roles haven't changed so much. It is still Zimmer who provides the rough sketches which undergo harmonic and rhythmic refinement under Punktezahl and Brandner's hands. Additionally, their musical vision has in fact crystallised on "Tardis": Saroos use their music as a frame for countless references. From a re-recorded sample from the cult horror classic "Rosemary's Baby" or the inclusion of the Japanese string instrument koto, all influences are transformed and tied in together tightly, creating an imaginative whole which aims at capturing the unimaginable without ever explaining it. From the spooky sounds piercing the otherwise soothing interplay of joyful melodies on the opener "Weaver's Cave" to the ethereal vocal performance buried deep inside the mix of "Orange Book" and the bubbling sounds with which "Sleepy White" closes the record, "Tardis" cunningly integrates unheard-of elements into seemingly familiar structures.

"Tardis" thus is not to be read the title of a Dr.Who-themed concept album, but rather removes the title from its pop historical context and takes the acronym "Time And Relative Dimension In Space" literally: Everything about the album "Tardis" seems removed from both time and space, relatively close but as if from another dimension. Fittingly, being asked which vocalist Saroos have ever dreamt of collaborating with, Zimmer names the late Broadcast front woman Trish Keenan. Much like Broadcast's music, Saroos on "Tardis" create dense layers in which ghosts can wander freely. However, those are very friendly ghosts, not interested in haunting the listener, but rather evoking vaguely remembered memories.