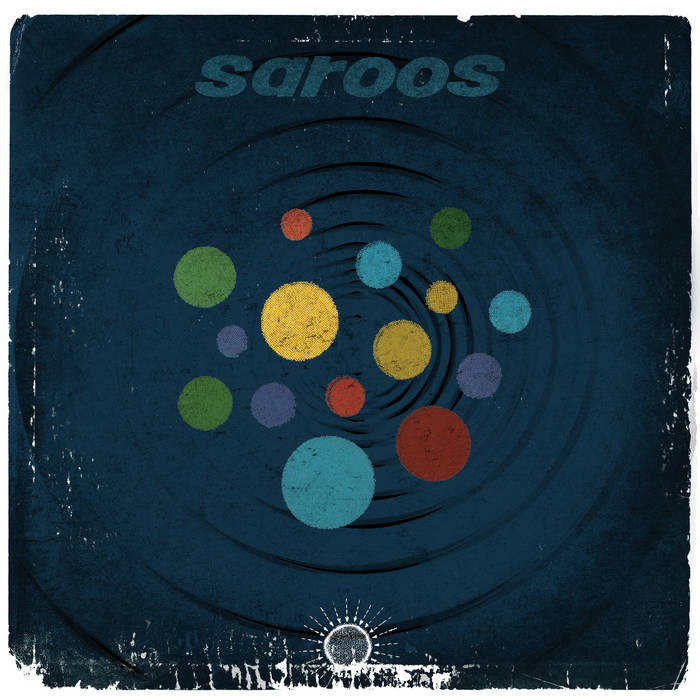 “Upon everything was a haze of restlessness and oppression; a touch of the unreal and the grotesque, as if some vital element of perspective or chiaroscuro were awry.” So wrote H.P. Lovecraft, the science fiction legend, about an otherworldly scene in his short story The Colour Out of Space, though he might as well have been describing the second album from German trio, Saroos. On the Odd Nosdam-produced See Me Not, members Florian Zimmer (Iso68,Jersey), Christoph Brandner (Lali Puna, Console) and Max Punktezahl (the Notwist, Contriva) achieve a rare synchronicity that lends their poly-genre instrumental compositions an uncanny air, like something beamed in from a different dimension.

Equal parts Krautrock, musiqueconcrete, post-rock and No Wave, the album is both timeless and rooted in history, noisy and bound to a groove, completely foreign and, yet, surprisingly familiar.

On the opener, “Lobster Claw,” a lazy, hypnotic rhythm gets devoured by five kinds of skronk. The full-bodied “Daylight Chant” brings to mind the sort of experiments pioneered by Tortoise and heard in contemporaries like Jaga Jazzist, until the midway point, where what sounds like a reversed Mariachi sample and a clanging hip-hop beat rule the day. “Fog People” likewise blurs the lines between what’s recorded live and what’s of electronic origin, dipping into extremely dark dub on its way toward absolution. Throughout “See Me Not”, melodies and sounds shift shapes, stall, explode, collide or get trapped in loops. Some wobble through tracks, demolished particles. Others vanish, all in the name of constant flux.

The low end on “Scott” is particularly suggestive ofNosdam’s presence -- that purple crush heard on records from cLOUDDEAD, or in his This is My Element sound track. While parts of the record were recorded in Berlin and Weilheim, Nosdam became a fourth member of the band when Saroos came to Berkeley to work in his studio. Consider it part of the cultural exchange initiative kicked off by Themselves joining the Notwist in Weilheim to make 2005’s 13&God. The results of this international collaboration are equally bewitching, as testified to by the taut autumnal beauty of “Yukoma,” and the buoyant yet ethereal closer, “Outrigger.”

Accordingly, See Me Not sees its release via Anticon in the States, and on the Notwist’s Alien Transistor elsewhere.
Vinyl is housed in a beautiful gatefold cover, designed by Odd Nosdam!